May 07, 2020
I Love Pink Unicorns : ��Gardening To Help Bees & Butterflies �� : Our gardens are important to wildlife such as butterflies and bees because of the different plants they contain it doesn't matter if you...
Post a Comment
Read more

March 29, 2020
So the past couple months haven't been the best, 2020 is just really not starting off great. In January there was this wierd threat of war between kim jong un and Trump, In February I aged another year, not as bad as the other things but still sucks. Now in March we have this freaky virus going around, we're locked in our houses and stuff, we cant go outside or we get arrested or something, I cant go to college which sucks a LOT but I do have 2 baby rats and a ps4 to keep me company. At this moment in time im not super worried but thats pretty easy to say from the safety of our house, although the news reports of this thing, especially the way a lot of the general population is reacting, is pretty terrifying. Like who actually needs dozens of costco packs of toilet paper? What are you going to do with that? Barricade yourself in with extra soft toilet paper? Yeah, im dying of this deadly disease but at least my backside is super clean. Just nooo, and then theres normal, sensi
Post a Comment
Read more 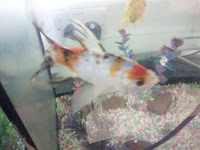 I joined an Animal Care course and Doncaster College. I got on it at 14 because they were allowing home educated kids on the courses that have an entry level, even though its supposed to be 16+. Just did my first week, and it's even better than I thought, apart front the couple of mild panic attacks when I got lost, it was great, especially Friday, when I got to go into the Animal unit itself and got told to feed the fish, snails, and other aquatic stuff. Tropical fish wouldnt keep  still enough for a good picture Turtle, I forgot the actual name. Maybe terrapin. I was surprised that we were just thrown into it, it wasn't hard or anything, just surprising that they trusted us enough. I'm not complaining though, it was great. 3 Of the tanks i needed to put food in wanted locusts, live, and they were really fun to catch. A few got out as well, so we had to catch them. The White Tree Frog I fed had a couple survivors, so we picked them out and just put th
Post a Comment
Read more

Yesterday we went back to the Rose theatre like last year where we went to see A mid summer nights dream, this time to see Hamlet. Even tho this one was a spoopy one, I actually preferred the one we went to last year. I found Hamlet himself really annoying, but everyone else was alight, except the queen, shes just plain stupid, spoiler alert, Husband dies, what do she do? Marry his brother/my brother in law! Get revealed that the new king poisoned the old one, what does she do? Nothing, still stuck-up, still useless. Then decides to drink the drink offered to Hamlet, by the king. First off, rude. Second, the King, who was exposed by Hamlet, offers said drink to Hamlet. HMmMmMmM, yeah perfectly safe, lets take a swig. Oh whoops I'm dead now haha silly me. I dont like the queen. My favourite character was probably Athena, Athene, Ath-something. She goes nuts after Hamlet kills her dad and its pretty fun to watch, and her ghost scene is quite eerie. Her brother is also pretty g
Post a Comment
Read more 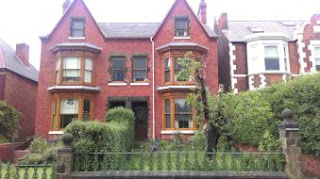 We've been to 3 places using the national trust card over the last few weeks. One of them being somewhere we've been driving past and wanting to go to for a long time, Mr, Straws house. The others being castles. Mr. Straws House. Built in 1905 and remained mainly untouched since the 1920s, its been repainted in places and some protective measure have been put in place, but in the main part of the house its basically the same. The owners had a very wartime attitude of make do and mend, so even before the last owner died in 1990, its was still basically exactly the same than before, with very little in the way of modernisation. Except a boiler I suppose. I wasnt all that interested, but one thing that was pretty amusing, was on the bed in Mr straws room, the bed sheets hadnt been changed since he died, and there was a grimy semi circle at the foot of the bed at the edge where he used to sit, a bit gross, but eh. The house itself wasn't what I was expecting at all
Post a Comment
Read more

The other day we went to place in Darbyshire called Staisbury Mill. Its an old 19th century flour mill originally made somewhere in the 13th century, but was modernised around 1840, and then again a little bit (re floored n stuff) in the 1990s. And that's about as much history I want to write. It was alright, not really a massive amount to see, but i think we were there just long enough to see every thing without being bored, and it was pretty nice to see it mill actually, well, milling. We even decided to buy some flour, which wasn't even as ridiculously overpriced as it could've been, which i made some Banana Bread with, I've done a blog post on Create Make Bake with the recipe if you wanna look, up to you. It was pretty good to be fair, and we wern't out too long which means I could retreat to my lair, I mean room, before they forced me to go anywhere else.
Post a Comment
Read more

Yesterday we went to York, yet again. This time it was for something a bit more special than looking around a few museums. This time it was to go and see a theatre play called A Midsummer's Night Dream. There was a absolutely horrible film made a year or so ago called Strange Magic which is a take on A Midsummer's Night Dream but it's really bad, I cant think of a film that I hate more. Anyway, this is a pop-up theatre made to be like the Rose theatre that was built in 1587, 12 years before the Globe. The building itself was quite impressive, even if it was a pain to get to our seats. The play itself was.... interesting... there were parts that I find very hard to believe that Shakespeare wrote and other parts that wouldn't have been funny if it wasn't in old English. It started off pretty rubbish but it got better when the fairies came in, they weren't your normal prancey dancey fairies, at first I was confused and sat there like........ What? But after
Post a Comment
Location: 117 Postern Cl, York YO23, UK
Read more
More posts